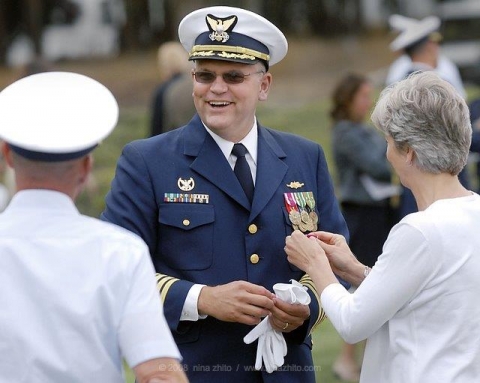 Brian Marvin joined SRJC in 2011 after a 28-year career in the United States Coast Guard (USCG). He brings extensive experience in training and education built on a strong foundation of operational safety, security, and protection of natural resources. During his career, Brian was a law enforcement officer, instructor, administrator, and ship captain, and graduated from many professional schools including the Federal Law Enforcement Training Center (FLETC) in Glynco, GA. From 2004-2008, Brian served as Commanding Officer of the Coast Guard's "Two Rock" Training Center in Sonoma County, CA. In his final assignment, Brian managed all USCG training nationwide. Brian has a BS in Engineering from the USCG Academy in Connecticut and an MS in Education from Indiana University. He twice earned the military Legion of Merit, plus multiple national and international training awards. Brian resides in  Petaluma, CA.